The Content Monetization Portfolio – developed by Dr. Ingemar Cox and by Network-1 following its acquisition in 2013 - includes 12 issued patents that relate to identifying or tagging uploaded media content and taking business actions based on the identification.   For example, specific advertising insertions or offers to purchase goods or services related to identified or tagged content (e.g. music or videos) are covered by the Cox portfolio.   The system can also be used to identify whether a newly received work is, in whole or in part, derived from an existing work – enabling the proper rights owner to profit from its distribution.  Dr. Cox’ inventions provide for highly scalable content monetization solutions that meet the needs of modern media distribution systems.

Since the acquisition, Network-1 has filed several new patent applications with the United States Patent and Trademark Office based on the inventions contemplated by Dr. Cox’s original patent filings.

In April 2014, Network-1 filed suit against Google’s YouTube subsidiary for infringement by its Content ID rights enforcement and content monetization system.  YouTube responded by filing Inter Partes Reviews (IPRs) against the ‘988, ‘179, ‘441 and ‘237 patents and a Covered Business Method Review against the ‘464 patent.  In June 2016 the Patent Trial and Appeals Board (PTAB) upheld the patentability of 119 out of the 129 claims challenged in the IPRs.  A hearing on the CBM was held in May 2016 and the PTAB ruled in favor of Network -1 in October 2016.

A trial date has not yet been set pending resolution of the actions at the USPTO. 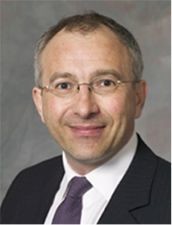 Dr. Cox is currently a Professor at the University of Copenhagen and Professor and Director of Research in the Department of Computer Science at University College London, where he is Head of the Future Media Group. As a recognized technology leader in digital watermarking, data retrieval, digital rights management, and related technologies, he's been widely published and holds more than 40 issued U.S. patents. Professor Cox has been a recipient of a Royal Society Wolfson Fellowship (2002–2007).

He received his B.Sc. University College London and Ph.D. from Oxford University. He was a member of the technical staff from 1984 until 1989 at AT&T Bell Labs and a Fellow at NEC Research Institute before returning to Europe.  Dr. Cox works as a consultant to Network-1 to assist in developing and optimizing the portfolio.