Network-1's '930 patent (6,218,930) teaches an essential component of industry standard Power over Ethernet, or PoE. As described in the IEEE 802.3af and 802.3at standards, PoE enables delivery of power over existing local area network (LAN) cabling, eliminating the need for running separate and expensive power cables.

In order to avoid damage to non-PoE devices, the standard requires power sourcing equipment (PSEs) to detect the presence of a PoE-compatible remote device before sending power. To achieve accurate detection, a low-level detection current is sent from the PSE through the cable and the response is analyzed to determine if a compliant device is attached. That essential process is taught by the '930 patent.

The benefits of PoE are substantial, and the applications numerous, ranging from powering IP Phones and WiFi access points to RFID readers and network security cameras. Since the ratification of the first IEEE standard, 802.3af, in June 2003, PoE has become a must have technology for switch and device vendors. Industry leaders such as Cisco, Avaya, 3Com, HP and D-Link have incorporated PoE into their product lines.

The ‘930 patent has been subject to re-examination and multiple Inter Partes Review proceedings, which have reaffirmed its validity. Since 2004, the ‘930 has also been the subject of multiple licensing campaigns and three litigations. To date, revenue from the ‘930 patent is nearly $100 million from more than 20 licensees. 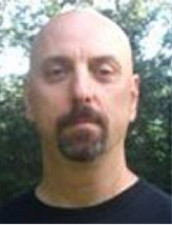 Boris held numerous key positions during a 30 year career in the Telecom and Datacom industries. He was a dynamic force in the fields of power delivery and signal integrity systems, and lent his expertise in the development of many innovative and cutting-edge technologies. During his tenure in engineering with Merlot Communications, Boris developed and received a patent for "Apparatus and Method for Remotely Powering Access Equipment Over a 10/100 Switched Ethernet Network" (US 6,218,930). He was also active in the IEEE 802.3at Task Force, developing the second generation Power Over Ethernet standard and was responsible for worldwide development at Aventura Technologies, a leading manufacturer of video surveillance solutions.